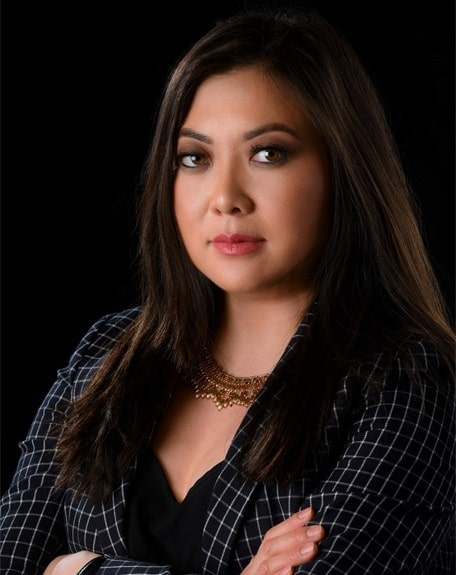 is a Bronx-born, Brooklyn-raised trial attorney who has defended hundreds of felony, misdemeanor and violation cases throughout New York and New Jersey.

Upon a client’s request, Ms. Keum will take ANY case to trial. You are innocent until you are tried and found guilty by a group of 12-14 of your peers, so why take a plea? Ms. Keum has successfully represented individuals charged with criminal offenses including Murder in the 1st Degree, Attempted Murder, Gang Assault, Aggravated Assault, Bankruptcy Fraud, Criminal Possession of a Weapon, Criminal Possession of Controlled Substances, Robbery, Burglary, Grand Larceny, Criminal Mischief, Prostitution, Escape, Obstruction of Governmental Administration, Resisting Arrest, Disorderly Conduct and Criminal Possession of Marijuana.

Gloria Keum’s father came to New York in the 1970s with only a few hundred dollars in his pocket. He took on the American dream and worked hard to succeed. Ms. Keum uses this work ethic in her law practice. Her career first started in 2001 on Wall St, working for the New York Stock Exchange, Morgan Stanley, and Morgan Stanley Smith Barney. However, after having seen and personally experienced discrimination by law enforcement, Ms. Keum decided to use her education and experience to help individuals get out of jail and stay in the U.S.

In addition to her own practice, Ms. Keum serves as Of Counsel to the accomplished and prominent attorneys Dawn M. Florio and Steven F. Pugliese.